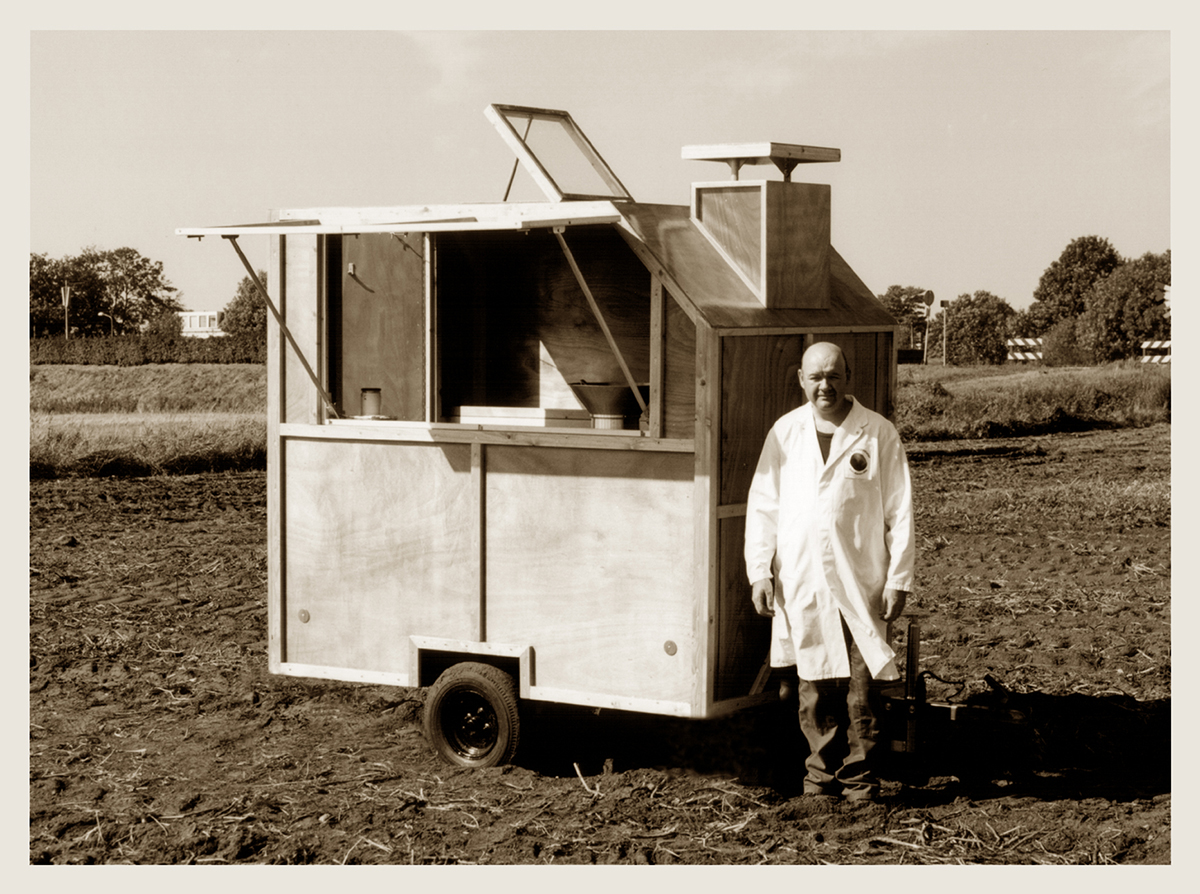 I was given an assignment from AVEBE Starch Company and Art Foundation Veendam to make an exhibition about the potato. In the northern part of Holland, potatoes represent one of the main crops. In the Peat Colonies in the south east side they are mostly used to produce starch, in the parts with clay close to the sea in the north, they grow seed and consumption potatoes.

I was always intrigued by the 1970s phenomenon of fries bakers roaming the streets in their little shacks. Some making pale and soggy fries, while others showed a lot of dedication to deliver the best.
Being used to building my own stuff, I constructed a wooden fry shack, a mixture of my first windsurf board in Ocumé and the fry shacks I remembered.
I now had the opportunity to become a fries baker myself. 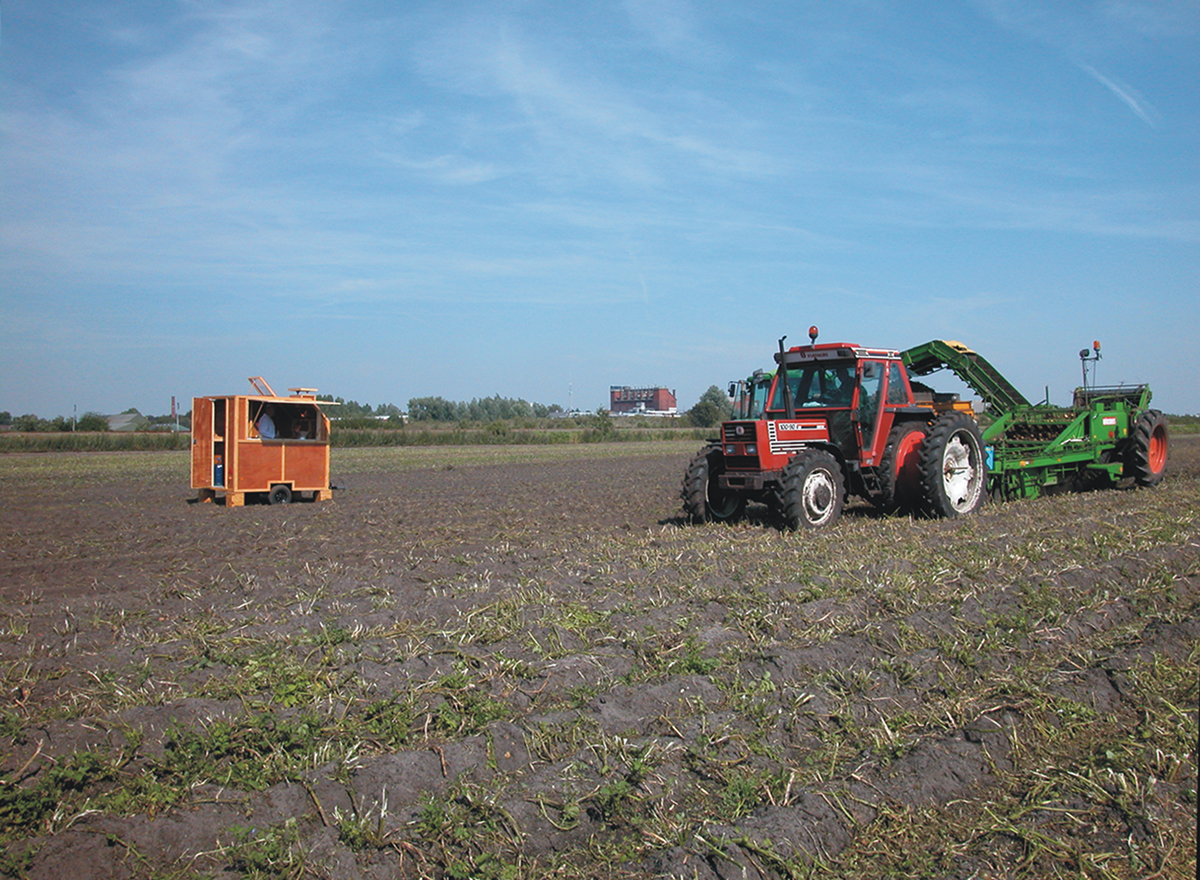 At the source of the potato, on the agricultural fields, surrounded by machines and farmers harvesting their potatoes, I baked my first fries in hot oil on a gas stove.
I brought some salt and mayonnaise and created a kind of potato cycle shortcut by inviting local farmers to come to my shack for lunch.